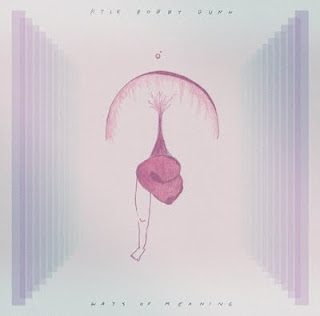 http://www.desirepathrecordings.com/releases/kyle-bobby-dunn-ways-of-meaning/
In short, the title for this new album by Brooklyn based ambient music composer Kyle Bobby Dunn leaves everything wide open for listener interpretation. At a single glance, it encourages you to strive to understand the album in its concepts and leaves you wanting to fully explore its intentions.
Perhaps it hints that the concept might be multi-dimensional with several hidden meanings and almost comes across as a sort of interactive listener challenge?

Upon closer inspection and after a skim through the press-release on the Desire Path Recordings website, it becomes apparent that the album refers to the actual resonance of memory itself. It is a complex subject concerning time and circumstance and many artists have explored this through great lengths of careful study and theory. Perhaps when this is allowed to take centre stage when presented as a record, the listener can become overwhelmed?
Instead for Kyle Bobby Dunn, 'Ways Of Meaning' is intended as a deeply personal recording: dealing with particular moments and circumstances throughout his life, offered out as a listening experience that can be related to in different ways by its consumer. With 'Ways Of Meaning', Dunn is affording the listener time and space to pick up and relate it to their own individual circumstances, at any given time.

In reference to the duration of sounds on offer, Dunn has condensed the epic proportions that we enjoy in 'A Young Person's Guide To Kyle Bobby Dunn' to a single piece of vinyl, over two sides. The sounds find Dunn exploring an even more lulled and restful palette than previous excursions, which is really quite something! It's really quite hard to believe that based on Dunn's choice of titling for a particular track, something as tranquil as this would have a 'parental guidance, explicit content' sticker slapped on it if sold in a commercial record shop...
Through six peaceful movements, time stands on end whilst your mind wanders, reflecting on a shuffling collection of personal memories. In structure and tone, the music does seem to go back to basics; eminating the sorts of sounds that the pioneers of ambient music might have produced. It also seems to stand akin with the ambient sounds of the 1990s and early 2000s, which is why it seems apt that legendary producer James Plotkin has overseen the mastering of this record.

Desire Path are a fairly new label in the scene and were responsible for giving us Solo Andata's 'Ritual' last year and although albums are available digitally, it is vinyl editions that they specialise in.
With 'Ways Of Meaning', digital listeners will have the 'sleep tape' to end all sleep albums. But you have to feel here that the real reward on offer is to those who purchase the vinyl edition. Years of repeated listens for quiet reflection over a hot cup of coffee; each time with something new to contemplate.
Contrary to a sleepy night-time headphone journey or a dozy bus commute listen, the vinyl edition is a companion in which listeners can take their thoughts to. The record oozes warmth from the stylus and the emanating sound is assuringly positive...

Highly recommended, but it is particularly for those with a turntable who will enjoy the full effects of 'Ways Of Meaning'
Posted by Harry Towell at 5:53 AM No comments:

Dusting off my trusty little book of adjectives, I've decided to selectively review the odd release. Not necessarily reviewing my favourite records - just the odd release that compells me to write a few sentences. This perhaps isn't the best idea as the reason I'd stopped blogging about music was the sheer time it used to take up. Especially since now I have even less spare time at my disposal than ever before! 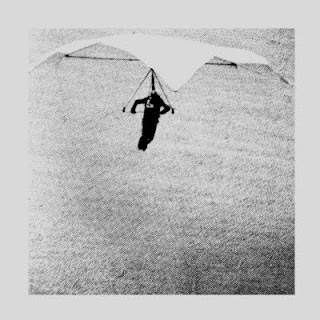 http://herzog.bandcamp.com/album/young-lungs-against-the-sea
First off, I've decided to take a stab at the recent self-released album by Herzog 'Young Lungs Against The Sea'. The reason being that there's such a lot to talk about, with the wealth of thoughts that the album title encourages and onto the superb music itself; I just had to post something about it.
Herzog will need little introuduction, particularly to the netlabel world. Releases on the mighty 12rec, Berlin's Resting Bell, the now defunct Serein netlabel and of course, the recent EP 'Small Loves' here on Audio Gourmet. It's hard to believe that after such a solid few years of activity, this is the first physical release from Herzog. Rather than leaving it up to a label to organise all the hard-work of designing and printing the CD, Bill Bawden, the man behind the project has taken it upon himself to do this. It is released as a digital download through his Bandcamp account and there is an option to buy a handmade CD; copies of which are limited to just 100. Both are modestly priced too...

Onto the record itself, in the press-release there isn't a clearly written out concept as such. I do tend to gravitate more towards material where there is a clear and full written concept to accompany an album. However, once I'd taken advantage of the free instant digital download that accompanied my CD purchase and began to listen I was struck by a concept that was evoked purely through the album title and the sounds that comprise it.
On paper, Bill's chosen formula of marrying piano with glitchy electronic effects and treatment is less than pioneering. It is often a pleasant result when these are paired but it does seem to be a pretty saturated sound these days and can often sound unoriginal.
Having said this, Bill doesn't simply rely on the obvious beaty that impeccable piano playing gives off, resting it on a light bed of static. He decides instead to treat his chosen instrument into complete obscurity, coaxing it into subtle electronic-sounding passages that mark a stark fragility against such a wall of noise. It is this chosen formula that really encapsulates the album title and bring this record to life.

To me, the whole record is presented almost as a battle between the piano/melody (young lungs) and the host of electronic sounds, static, noise and rustles (the sea). The fragile young lungs are obviously no match for the sea but they naievely set about trying to come out on top anyway. Through more gentle and calmer moments, it almost seems as if they have done just that - only to be swept away by the prevailing waves of the sea.
It's such a marvellous listening spectacle and is riddled with metaphors that allow this content to be applied to many situations. Perhaps it could simply portray the innocence of a child, crossing paths with the ugliness of the world for the first time? Maybe it refers to an artist fighting for a voice in a world of commercial saturation? Perhaps it teaches a respect for nature, in that we are powerless to fight it?

It is all in all a minimal record, favouring the actual tone of the piano when it has been treated rather than an obvious melody. Yet, given the endless listener application that can be explored and the food for thought it provides, this could very well be the finest piece of work that we have heard from Herzog.
Highly recommended.
Posted by Harry Towell at 5:14 AM No comments: