"In September, I had a week on holiday away from music and work, to recharge the batteries in the Peak District. I didn't miss out though and made sure I got my orders in for many of the top albums out through the course of the month. There's just so much good stuff out there across the board that it can be difficult to keep track...here's my list of highly recommended additions to your personal collection. Most are highly limited and selling fast, so be sure to get in quick!"
-Harry, Audio Gourmet

Taylor Deupree and Marcus Fischer - In A Place Of Such Graceful Shapes
[12k]
http://www.12k.com/index.php/site/releases/in_a_place_of_such_graceful_shapes/
Limited edition CD and 7" record in a run of 500 copies

Part Timer - Undead
[Hibernate]
http://store.hibernate-recs.co.uk/products/12695
Limited edition 3" postcard CDr in a run if 100
Posted by Harry Towell at 3:57 AM No comments: 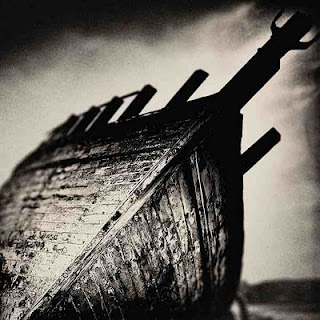 CD VERSION DIRECT FROM THE LABEL:
http://store.hibernate-recs.co.uk/products/12687
DIGITAL/STREAMING AND CD DIRECT FROM THE ARTIST:
http://audiogourmet.bandcamp.com/album/voyage

'Voyage' is the latest album from Lincolnshire based sound designer Harry Towell. Released under his Spheruleus guise, this album utimately provides a soundtrack to a doomed sea-voyage. Through eight different movements, 'Voyage' chronicles everything from the immense pride felt as the ship sets sail to depicting the horror and heartache of its sinking. The album then closes with detailed passages that portray the decomposition of the ship as it begins to rot deep under sea.
This album is well researched with Harry having explored his chosen subject thoroughly. For the two years in which the album has been in the making, the young sound designer studied the history of great sea disasters and also took inspiration from soundtracks such as Gavin Bryars’ ‘The Sinking Of The Titanic’ and Gareth Hardwick's 'Of The Sea And Shore'. Although the Titantic's infamous fate was naturally a strong influence on the project, 'Voyage', does not refer to any particular sinking ship. Instead, its purpose is to sonically depict the various emotional aspects that lie within a failed sea voyage, as felt by all those who are affected by it.
Spheruleus: Set Sail by hibernate


Once the concept for 'Voyage' had been born, Harry revisited one of his old demos from early 2010 and decided to make this the spine of the album. He then used his instrument collection including; guitar, violin, trumpet, bugle, zither and keyboard to add several layers to the demo. In doing so Harry has been able to develop his chosen theme and create the character required to turn this forgotten treasure into the album it is today. As a poignant exaggeration of the events that unfold through the track 'She Sinks', there is a contribution from Russian pianist Alex Tiuniaev that opens and closes this dramatic track. He also performs on the track 'Clouds Swarm', as it heads into a crescendo.
Spheruleus: Clouds Swarm by hibernate


Aside from his solo production work, Harry also records with brother Stuart under the name Paper Relics and runs the Audio Gourmet netlabel, which specialises in 15 minute EPs designed for shorter 'tea-break' listening. His work as Spheruleus has seen him release through netlabels such as Test Tube, Resting Bell, Earth Mantra, Audio Gourmet and in March 2010, his first physical album 'Frozen Quarters' was released on CD format by the Under The Spire imprint.
Mastered by Rudi Arapahoe
Photography by Richard Outram and Daniel Crossley
Limited edition CD pressing of 200. Release date: 07/10/11
Posted by Harry Towell at 11:32 AM No comments: 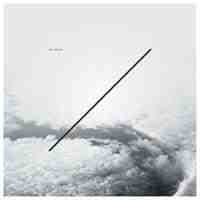 Given the short duration of the format, their return is a brief affair - just a fleeting twenty minutes of beautiful sound inspired by themes of air travel. If you were lucky enough to have picked up a copy of Retold (which sold out very quickly at source), or you are one of the 25,000+ people that downloaded the first part of the album during Serein's netlabel days, your expectations will rightly be high and I will do little to encourage you to purchase 'Body Pilot'.

For those unfamiliar with Nest and in need of a little background information, they consist of Serein label owner Huw Roberts, based in Wales and Norwegian Otto Totland, who is one half of Deaf Center. The duo are both excellent pianists for starters and together they weave the sound of ivory keys with a collection of acoustic instruments and sound sources to create incredible pieces of modern classical tinged music. Although the music hints lightly at a traditionally classical background through the piano and orchestrated walls of sound, their collaboration yields a unique result that goes some way to establish the duo as a cut above many. Perhaps if the stormy but highly melodic debut 'Retold' were to serve as the ideal introduction to their sound, 'Body Pilot' would indeed be an artistic exploration that delves much deeper and allows the melody to draw out for longer. Seemingly, at least. What is interesting about 'Body Pilot' is that Nest are presented with a time restriction, by the nature of the 10" vinyl format yet they decide to take this time and draw it out to the maximum, instead of rushing through a collection of short melodic extensions of Retold. Through the four movements, time stands on end and this is where the loose concept of flight comes into play so poignantly for the listener. It gives a sense of free-falling through the sky at speed, but at a gently drifting, semi-conscious pace thanks to the sheer marvel and wonder of it. It is literally happening so quickly, yet it seems to move so slowly. If we look down from the sky that is 'Body Pilot' we can almost see 'Retold', an album that felt very much 'of land'. We have an aerial perspective of it now.

'Body Pilot' shows great ambition and marks a welcome artistic development for Nest, whilst still retaining the depth and character that they have become so well acclaimed for. It comes with my highest recommendation and is not to be missed by anyone. For new listeners, I'd recommend hunting down a copy of Retold too, if you can, or at least purchasing a digital copy
Posted by Harry Towell at 2:43 AM No comments:

ADAM A. WILLIAMS - Another Day The Same
[Hibernate]
http://store.hibernate-recs.co.uk/products/11708
Limited edition 3" Postcard CDr in a run of 100 (Out Of Stock), digital download

HEU{S-K}ACH & PEDRO SOUSA – I Know Not What Tomorrow Will Bring
[Resting Bell]
http://www.restingbell.net/releases/rb099-i-know-not-what-tomorrow-will-bring
Free digital netlabel album
Posted by Harry Towell at 7:42 AM No comments: