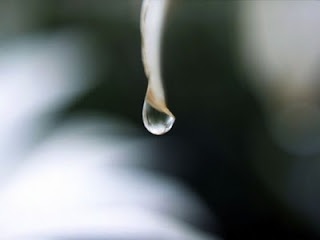 Just a very quick announcement - for those who have been enjoying the releases on the Audio Gourmet Netlabel blog...we have a new address! This comes courtesy of Jonathan Lees from Hibernate Records and can be visited here:

From now on, the blog will be disused and eventually deleted when the crossover is fully complete. Please use this new address as your first port of call for new releases.

Next up on the label, we've an EP from the SubVersions blog writer under his new production Foci's Left. This features two of his own productions spanning the last three years and a collection of remixes from David Tagg, Darren Harper and Spheruleus.

After this, we have a three track EP from talented experimental jazz guitarist Alvari Lume. This Finnish artist is extremely talented and sees the Audio Gourmet netlabel adding diversity to the music policy as its catalog expands. This EP will be titled 'Ennen', meaning then in Finnish and is a collection of older works from the artist. Forthcoming as a future release will be another EP from Alvari Lume, titled 'nyt', meaning now in Finnish. This is a collection of experimental pieces he is working on now...
Posted by Harry Towell at 4:33 AM 1 comment: 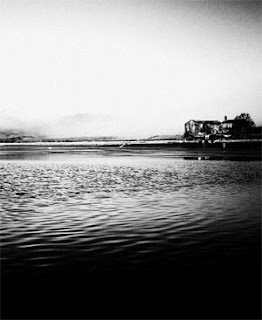 http://www.mixcloud.com/hibernaterecs/hibernate-recordings-the-hole-in-twall-19510/?utm_source=widget&utm_medium=web&utm_campaign=flash_links&utm_term=title
Been meaning to post this one up for a while - I spent an awful long time compiling and mixing together this CD length mix for a recent Hibernate Records night that featured performances from Simon Scott, Machinefabriek, Clem Leek and Relmic Statute. This mix was given away for donations towards the artists on the night and has been uploaded to Mixcloud by Hibernate's label owner Jonathan so that all may listen.

The ideas in my head whilst making the mix were to put together a cross section of ambient music styles that I have particularly enjoyed over the years. These include Drone, Modern Classical, Electro-Acoustic and Field Recordings pieces. The next big thing I wanted to include in this mix was harmonic mix transitions, which allowed me to quickly fade between tracks that were harmonically complimentary to one another. This is an approach that I am keen to build on with another mix lined up. The approach has meant that I have been able to maximise the amount of material used. I made sure that a piece from each of the performing artists on the night was used and have also included a few works from my own production catalog.
I'd like to particularly draw attention to my track 'Feldspar' recorded under my Spheruleus production alias. This is part of a forthcoming album 'Clandestine' that will be released on Hibernate Records at the end of the year.