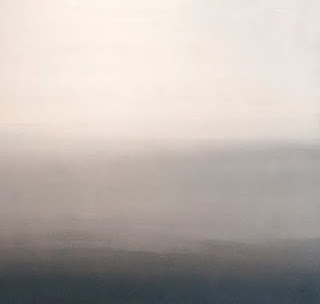 http://www.somehowrecordings.co.uk/
www.soundcloud.com/josco
Enter Gerard McDermott, an Irish electronic artist who is currently based in
Thailand. Perhaps based on the sound samples, mastering duties by Ian
Hawgood and the extremely limited nature of Somehow Recordings releases,
this has already sold out and in record time too. Having been lucky in
getting my order through quick enough, I thought I'd put pen to paper to
give something back and to lend my approval of any future output.

The all too brief 0611 EP starts out as a shrill synth tone that grabs the
listener's attention before it sets out on a three track tension filled
journey.
'Denial/Realisation' is the shortest movement and despite this, it manages
to say such a lot in just over a couple of minutes. This is largely down to
a succession of chord changes accompanied by an occasional and distant fuzzy
glitch. The ever shifting chords give the track a wealth of emotions and
it's certainly reminiscent of some of the vintage ambient pioneers such as
Brian Eno and early Steve Roach.

Next up, the longest piece, 'An Echo' affords us some time and space. With
its nuances concealed by a bed of murky drone, tiny fragments of detail
cancel each other out and bubble away in the mix. McDermott is in full swing
with this piece; those chord changes continue to feature, expanding and
contracting in ghostly fashion. The atmosphere builds and builds before
stopping suddenly, keeping the listener alert and fixed upon the unnerving
film-score-style tension that this artist so deftly explores.

The EP draws to its close with Epilogue, a quieter piece that true to form,
instates a constant level of unease amongst its listener. A dull bass drone
accented by twisted synth stabs and shifting pads leaves the story to this
brief and haunted soundtrack unresolved, leaving things wide open for the
sequel...
Having been in touch with the artist, plans for future projects are aplenty,
with ideas for EPs and collaborations already afoot.
In the meantime, if you can somehow grab yourself a copy, 0611 is certainly worth getting

yourself acquainted with.
Posted by Harry Towell at 11:49 AM