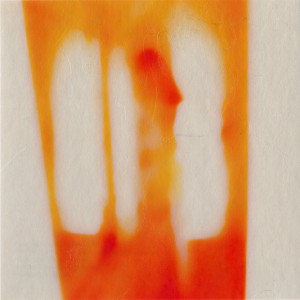 Analogpath have developed a knack of consistency in their approach to releasing high quality ambient and experimental music. Not only is their standard hand-stamped recycled packaging and artwork printed to traditional Japanese rice paper a tried and tested format, the music contained within each disc is always of high quality. The label has not been active for long but already they've managed to deliver us excellent albums by the likes of Pillowdiver, Celer and Stray Ghost to name but a few.

The latest album out on this fabulous imprint is by Darwin Raymond, entitled 'Somewhere The Sun Shines Brightly'. Having spoken to Darwin when he assembled a fifteen minute EP for Audio Gourmet, I had an inkling that once Tetsuo had signed him up to Analogpath, his work was likely to be good. Not least because  I associate quality with both, having worked with them.
I was lucky enough to get hold of a reviewer's copy and I have to say whilst I enjoyed the sample on the label's website, I was bowled over by the sheer excellence contained within the eight tracks that make up Somewhere The Sun Shines Brightly on first listen.
For some reason, I had expected the murkier, dark drones that Darwin had concocted for his EP on Audio Gourmet so when I first played the CD, I was struck by the great beams of light that emanate from the music.

Somewhere The Sun Shines Brightly implies a longing for the sun, for warmth and better days. It hints that the conditions in which it was recorded were not so bright. However, this record is so full of warmth and radiant brightness that it is difficult to imagine that it might have been created under a dark cloud, during dull weather or at the depths of despair.
The guitar is nearly always a warm instrument, and this becomes the focal point for this album. Darwin's playing here is used in several different approaches - for warm droning texture, as discernible passages of melody and as bent or slide notes. These give a great diversity to the album, to set it apart from others who have attempted similar themes. The tinge of melancholy throughout keeps it from being saccharine. The all-round execution is so good, that it's difficult not to draw comparison to one of the all-time great ambient albums 'I Could Not Love You More'. Of course, it is different in many ways and has its own voice but I felt reminded of it at several points during the album.

In summary, this is an album that will fill the room with its light, with or without the sun. I have a feeling I will be listening to this all summer long and likely returning to it some more once winter returns.
{LISTEN / BUY}
Posted by Harry Towell at 6:22 AM