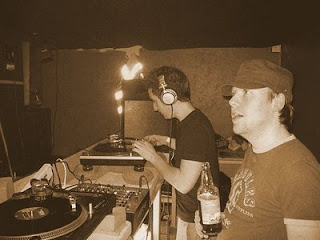 It has literally been months if not over a year since I've been able to record a mix CD that I feel satisfied with sharing. I've only just bought the hardware/software to be able to record the output from my mixer and I'm still getting to grips with it.
This mix here is 45 minutes of Tech-House/Techno and is packed with some B-sides, personal classics and recent purchases. Unfortunately, due to the fact that my mixer is ancient and less than adequate, a couple of the mixes are slightly off. What's worse, is that I've not quite worked out how to rid that dreadful feedback/hum that you can hear at the start...so that will be something I plan to work on for future mixes.

In the meantime, since I like the records in this mix very much and they are reasonably well put together, I've decided to include it as an Audio Gourmet CD release.

I do plan on making future CDs that are much tidier and of better quality, but for now here is something to get to grips with in the meantime: