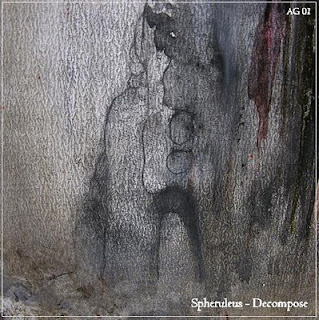 http://music.audiogourmet.co.uk/album/decompose
'Decompose' was originally conceived as an album project when I got thinking the about method in which I create ambient music. Typically, I would perform or 'compose' a melody on an instrument and record this take when I was happy with it. Then, the next step is to record another harmonically compatible layer with a different instrument. This will continue with up to four or so compositions and then I would begin to 'decompose' them into an abstract ambient/drone soundscape.
As I began to gather the tracks for 'Decompose' my attention turned to the track titles and that's when the concept of the album began to branch out to reference and portray the seemingly endless cycle of the world around us. When an organism ceases, it decomposes and becomes part of something else - it will rot into the soil and the disintegrating fragments will eventually take form as something else. This is not just the case with living organisms; it is also the case with everyday house hold objects, buildings and seemingly everything. The world will naturally recycle - very little disappears completely.


Special thanks to my brother Stuart, who performed the guitar samples that helped form 'Decay' and 'Rots To Nothing?'

Artwork by Eric 'Monstror' Lacombe. Visit http://monstror.blogspot.com/ to view more of his superb artwork. With the album concept in mind, throughout the recording process I would constantly refer to this album cover image for inspiration. I'd like to thank Eric for allowing me to use his work for this album and also, for the artwork on my albums 'Frozen Quarters' and 'Tales From The Labyrinth".

With extra special thanks to friends, labels and fellow artists that have helped support both the Spheruleus project and the Audio Gourmet label
Posted by Harry Towell at 5:03 AM