In January I tend to get more organised in all aspects of my life and obviously, this has included my musical projects. Rather than consolidate and finish loose ends, I've done what I do best and have started another one. Following on from my end-of-year 'best of' list for 2012, I have received messages from people who have purchased records off the back of it. For some, the end of year list is a long, laborious task that you'll look back on 6 months later having changed your mind completely on selections. But for me, the whole point is sharing the great music I discover with others. If the silly little list that took me forever to put together gets someone else to buy a record, then it is every bit worth it.

Doing the end of year list also highlighted just how little I'd used the Audio Gourmet blog in 2012 and this disappoints me, since it was set up purely to share links to music to encourage others to listen. So, for my latest project, I intend to post up an album every day wherever possible with a brief commentary, links, imagery, videos etc.
To clarify for any worried artists/labels out there - there will be no free download link here of course, since I am completely against illegal sharing. Not only do I support all sorts of weird and wonderful music - I also support the purchasing of it, whatever the format.

In doing my end of year list, I realised how much of the year I had spent listening only to the latest releases. I only spent a very small proportion listening to the rest of my record collection, so the posts on here can be from any year. I will randomly select an album for using iTunes shuffle, spend some time listening and then post about it here. Sometimes I will post about new releases as they come to my attention and I may throw in the occasional post about my own work. 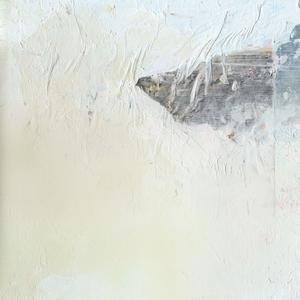 Mark Templeton is an artist that I've collected a few records by and I have been equally impressed with each. I think the first ingredient to his success, to my mind, is that his tracks are nearly always short sketches rather than long drawn out passages which makes their effect more instant. Add to this his unique production methods and we arrive at the foundations to why this artist has been so successful with his releases.

2007's 'Standing On A Hummingbird' is not only wonderfully titled but it lives up to the stories its name evokes. Standing on a hummingbird would be wrong, sad and downright cruel but Templeton selects the title for his album on Ezekiel Honig's Anticipate label with an air of humour. If the standing on a hummingbird were to be shown in an animation, it could be executed safely and harmlessly. It could even be quite amusing as to the sounds it might throw out whilst held under foot.
Mark Templeton clearly prefers to represent his ideas in the form of music, or experimental sound and he executes his theme to perfection. 'Standing On A Hummingbird' takes a wide palette of acoustic instrument sounds from guitars, a vibraphone and cymbals and sets them alongside the jittering pressure of electronic treatment. Templeton doesn't just add electronics to acoustic composition - he painstakingly rearranges all of his sounds into glitching, stuttering songs of beauty.

Indeed, the hummingbird's song sounds just as beautiful when he is being stood upon. In fact, I prefer it this way...
This link will take you directly to the release page on the Anticipate website, where you can read the press release, stream samples and find out where to buy: {BUY / LISTEN}

Below is a music video for the track Tentative Growth from the album, created by Aron Munson