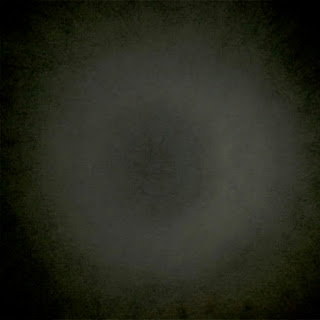 CLEM LEEK - THROUGH THE ANNULAR
[Schedios] 2010
Clocking in at little over eleven minutes, 'Through The Annular' was Clem Leek's first physical release, out on his own Schedios imprint in 2010. It preceded his debut album 'Holly Lane' on Hibernate, which was one of that year's best records to the ears of most who bought it. Holly Lane saw this talented young artist assemble a rich suite of modern classical material which centered around the texture of strings.

Showing his diversity, 'Through The Annular' is instead a snapshot of Clem's piano playing. The short tracks are set to the beautiful crackle of 78rpm records which is an often used technique in modern classical music. It must be pointed out, however, that his use of crackle on this record is the best I have heard. This seems like a very strange thing for someone to comment on but if you pay attention to it, you'll hear how he manages to get just the right levels, frequency and feel to it.
Immediately, new listeners will be drawn to the beautiful piano compositions for a while but after several repeated listens, the crackle just seems to become more and more noticeable. For me, I often find myself allowing it to be the focal point as I listen, which automatically pushes the piano to the background. This was probably not the artist's intention but what it does is leave the album prone to repeated play as you start to feel as if you have missed the passages of piano.


The fleeting briefness of this mini album or EP if you prefer, is what really makes it special. The four compositions do feel broadly similar and there are no stark contrasts as the tracks change but because this set is so brief, it feels like a single movement of four parts. And surely, a movement you will return to time and time again - usually in the same sitting!
Posted by Harry Towell at 4:38 AM